So... Adam has had a mysterious rash on his cheek for over a month now. It looked like it was probably windburn so I wasn't too concerned; I just put lots of aquaphor on it. It seemed to be getting better until yesterday when it seemed to be bigger & brighter than ever. He also has very little appetite the past few days and even got sick ("Adam threw up" as he puts it) this past weekend. So I decided it was best to take him in to the Dr. to get checked out.

The first thing they did was weigh him, of course. 23 lb. 14 oz (almost 24 pounds). Which means he has lost about 2 pounds in the last (almost) 3 months. SO UPSETTING. His weight percentile dropped from about the (almost) 25th %ile to the (just below) 10th %ile. Dr. F (our favorite Dr) and I only talked about it for a minute b/c he was so busy. At this time, he's not too concerned. He thinks it's probably b/c he has a little stomach virus and I shouldn't worry, he'll gain it back. He also got weighed at the other office during the last several appointments (the practice is huge with lots of doctors and 2 locations) so it could be a "scale discrepancy", too. He also had a relatively empty stomach. STILL. Almost 2 pounds is a lot to lose! It brings back lots of bad memories of worrying about his weight when I was pregnant (he was measuring "on the small side") and when he was born. Actually, I worried constantly about his weight until he was about 15 months old. Then I (finally) came to the realization that he's on the skinny side but seems to be healthy so I stopped worrying about it. Until today when I got that sickening feeling in the pit of my stomach when I heard his weight. I think the fact that he refuses to drink milk (or eat any milk products except for cheese) is part of the problem (he will drink the "kids orange juice" which has lots of calcium & vitamin D in it -- but no protein). We have tried everything but he just flat out refuses any milk product. Until today when Grandma came to the rescue (as always)! She poured some chocolate milk in a cup and said it was from the Muffin Man (he loves muffins). He actually drank it! Of course I would prefer him to drink "regular milk" (as opposed to chocolate) but it's a start, at least. I am trying to stay optimistic that he will gain this weight back and them some before his 2 year old check-up (in about 6 weeks... we're a few weeks behind on them). Have I mentioned before that I tend to worry? Those of you who know me "in real life" know this all too well!!!

Of course Dr. F looked at Adam's cheek rash, too. He also thinks that it's just windburn or exzema and we should apply aquaphor or vaseline to it 4x a day. Sounds easy enough.

I also asked Dr. F about his idiosyncracies (if that's the right word) such as moving his arms up & down when he's excited and shaking his head for no reason. He said that those are just some ways he communicates and that it's common for his age. He doesn't seem to have any concerns at all about his development since he speaks so well, is very affectionate, social, etc. Blog readers out there... do any of your kids do (or did) these things?!? If they do, let me know, so I know it's not just my kiddo! :)

Thanks for reading about my concerns. I know this wasn't the most fun post to read and I appreciate any (positive) feedback you all can give me. :) I really try not to mention my worries/concerns in Adam's blog but on days like this, it's hard not to.

I'll leave you with this photo of Adam & I. We were watching Barney together on the couch and Steven took the photo. It's taken from a very strange angle and isn't the most flattering of me but Little Love looks cute. :o) 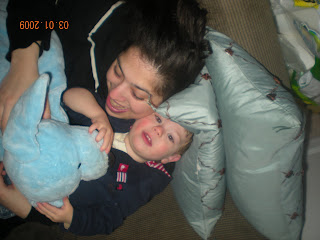 Ricky totally waves his arms up and down and all around. He also just shakes his head and even bangs it on the wall or the back of his high chair for no reason. He is a year younger than your guy so I don't really know if this much help. I, personally, have been blaming it on the fact that he is a boy. :) Surely a girl would never do this, right?

Yep, Teo bangs his head on his high chair sometimes, and is always kicking something with his legs (under the table).

Awww, I know it's tough to worry about their weight ) : Good news is Grandma came to the rescue and LL's drinking milk, chocolate albeit, but it's milk nonetheless...one step forward, right?!?!!? Glad the rash is just that...Claire has sensative skin too and always seems to have weird spots on her...Aquaphor is our best friend around here!

gaawd, I would be doing a crazy happy dance if Sadie weighed anything near 20 pounds on her first birthday. At 16 months and 16 pounds it's not likely. Meanwhile here twin is already 24 pounds. Hey, thin is in right? Even for boys. 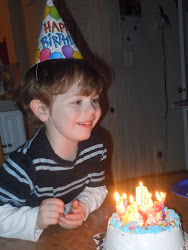 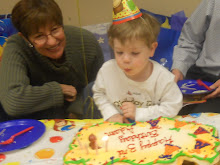 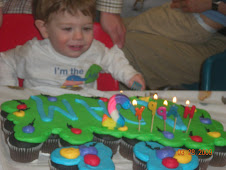 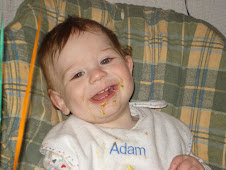 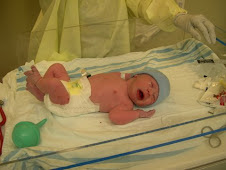 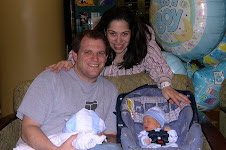 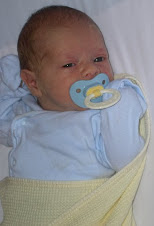 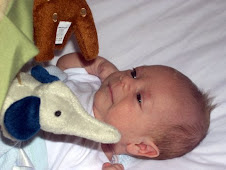 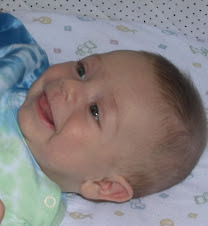 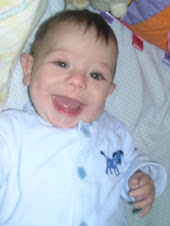 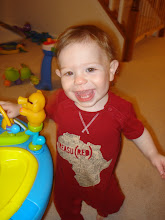 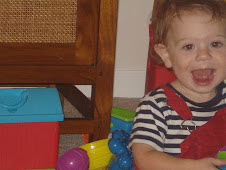 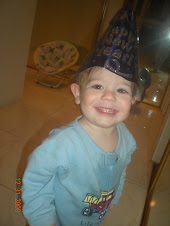 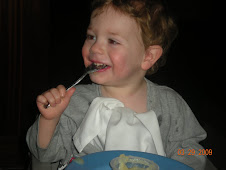 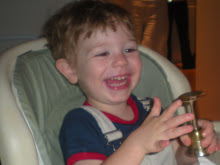 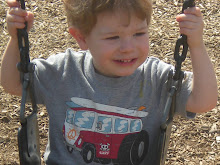 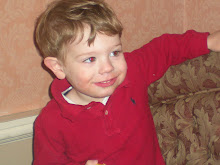 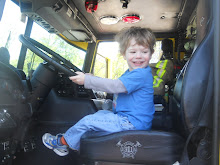 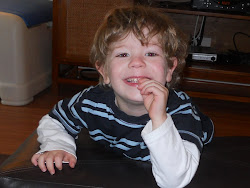 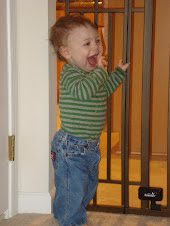 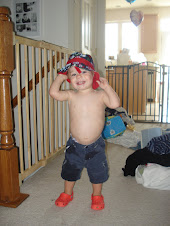 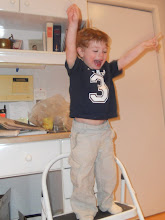